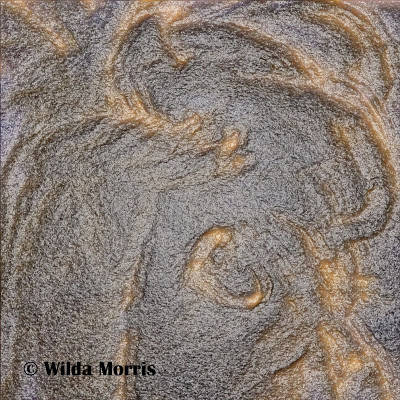 Thank you to those who entered the December Poetry Challenge. Congratulations to Taoli-Ambika Talwar, the winner this month. Here is her poem:


Crafty Wind! You
carve lands mountains
deserts that sway across vast sky
covering hidden oasis
You, Evocateur!
Of desire pulse through
terrible moments
birth love betrayal
Yes, You!
Sing through leaves
newly awakened
carry tunes through fires
roiling across summer landscapes
You!
Hardly so surreptitious
carry away lover’s notes
lawyer’s sheaves of analyses
You wild and naughty
a drunken man’s breath
sodden on windy wet pavement
Awakener! Annihilator!
You make things fly
houses in tumult,
stillness where breath
suddenly laughs…
How shall I contain you
moving passionately through me?
A song wishing to sing itself
softly as breath, a wild Ave Maria…
God smiles through me,
who also birthed you…
Windows swing wide open,
I am spun around: shall we dance?
I am breathless.
Shape me with your craft!
Or contain me on your palms,
whisper to me words of love.
Set me sail on a boat
leeward where beloved awaits
and doors awake with light.
~ Taoli-Ambika Talwar

Copyright of the poem remains with the author. Do not copy without permission.

Talwar shows the wind in its many moods and activities, from whispering and singing to roiling across landscapes leaving destruction in its wake. Yet, the poem seems to indicate that even when it appears to destroy, the wind is creating, for it carves new landscapes of land and mountain.
To what extent is this “Awakener! Annihilator!” literally the wind, and to what extent is it metaphoric? And if the later, for what is it a metaphor. Since Talwar writes in the ecstatic tradition, the reader must ask, “who is ‘the beloved’ who awaits?” Is the beloved a human partner, or the divine? Or, in some mysterious way, might it be both?
Read the poem several times to capture the many moods of the wind, and ponder who, for you as the reader, is the beloved, as well as the metaphoric possibilities of the poem.

AMBIKA TALWAR is an educator, published author and artist, who has written poetry since her teen years. She has authored Creative Resonance: Poetry—Elegant Play, Elegant Change, 4 Stars & 25 Roses (poems for her father) and other chapbooks. Her style is largely ecstatic, making her poetry a “bridge to other worlds.” She is published in Kyoto Journal, Inkwater Ink - vol. 3, Chopin with Cherries, On Divine Names, VIA-Vision in Action, in Poets on Site chapbooks/collections, St. Julian Press, and other journals; has been interviewed by KPFK; has recorded poems for the Pacific Asia Museum; and has won an award for a short film at a festival in Belgium. She also practices IE:Intuition-Energetics™, a fusion of various modalities, goddess lore, sacred geometry and creative principles for health/wellness. “Both poetry and holistic practices work beautifully together, for language is intricately coded in us. In resonance with our authentic self, we experience wholeness & wellness,” she notes. “I love to work with people to help them discover their unique creative purpose.” Look out for the new site: creativeinfinities.com. She has taught English at Cypress College, Cypress, California, for several years. She is originally from India.
Sites: http://goldenmatrixvisions.com & http://intuition2wellness.com Interview: http://www.timothy-green.org/blog/taoli-ambika-talwar/ Check this blog on January 1 or soon thereafter for the January Poetry Challenge. Happy New Year! 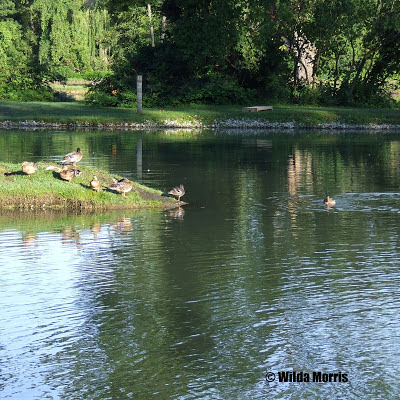 The wind has always fascinated me. Perhaps it is because we cannot see the wind, but can only see and feel its effects. Wind can cool you on a hot day or chill you in a cold rain or snowstorm. It can blow branches from a tree, pull a balloon or kite string from the hand of a child, ruffle the waters of a river or bay, or—as I learned in my teen years—embarrass a young woman by blowing her skirt up. Wind can be quite destructive when it take the form of a hurricane or tornado. On the other hand, wind spreads the seeds of wildflowers, enhancing the beauty of woodland or prairie.

I was quite young when I first learned to love Robert Louis Stevenson’s poem, “The Wind.” I liked the idea of the wind singing “so loud a song.” In his poem, “The Wind at Vinci,” English poet Michael Hulse, doesn’t exactly say the wind sings—at least not in those words. But does it?

The Wind at Vinci

The magi of day left their gifts and departed,
and for a little while I lay awake
as your breathing beside me rose and fell
and the wind across the vineyards
shrilled and then keened and then darkened into a moan.

And the wind was as old as my fears, and it said:
a man who has not learnt to know his home
in an hour such as this will lie alone
for the rest of his mortal days.
I thought of my dying father, one August night

unseasonably cold, that last of his summers,
lost for his words and wanting to tell us
the weather was wintry, instead (poor man)
declaring in confusion: What
a horrible night! – it’s like Christmas! And I thought

of my mother, a teenager after a war,
thrilling to Mozart where fountains play in
a courtyard amid the rubble, knowing
that this was the meaning of peace.
So quickly a future is over; so quickly

the home we imagined we’d live for is lost; so soon
the words and the music are wind. I thought
of Leonardo too, his boyhood spent
in the olive light of the groves,
accepting in manhood commissions to image

the Baptist inward and radiant with knowledge,
the Saviour calmly foreknowing it all
as he breaks the bread in the company
of the man who will betray him.
It may be nobody has a home in the world

but that is the way of the little night music,
that is the point of the wind in the hills.
Love (so the wonderful man from Vinci
said) is the offspring of knowledge.
You smiled in your sleep; and I… I knew I was home.

In this poem, the narrator lies awake listening to the breathing of the one who lies beside him and to “the wind across the vineyards.” The wind keens and moans but by the end of the poem, “the wind in the hills” turns into “night music.” In the meantime, it has blown his thoughts in several directions—his dying father (the wind of aging has deprived the poet's father of his ability to use language to express his thoughts and feelings), his mother (thrilling to Mozart amidst rubble from the war), to Leonardo and his paintings. When the poem circles back to the wind, it also circles back to the one lying beside the narrator.

The poem forces me to reflect on that future that is so quickly over (stanza 4) in a world where “the words and the music are wind” (stanza 5), and to ask myself how I, too, have found satisfaction in a relationship which has become home.

I was drawn in by the first line of the poem, with its creative reference to “the magi of the day” leaving their gifts (one of those futures which is so quickly over, if I am not mistaken). This biblical reference forms an additional envelope for the poem, connecting subtly to the biblical references in the next to the last stanza. Also, when the magi bring gifts, they are away from home, which links them thematically to the poet's finding home in the conclusion.

The "Author's Note," in the front of The Secret History enhances the reader's understanding of this poem and the others in the book. There Hulse speaks of "coming to terms with the difficult legacies of the two nations, England and Germany," his parents' homelands. The resulting struggle to determine his identity led him to explore his parents' lives as he sought to understand what for him was and is "home." This is his only essentially autobiographical book, and it is very nuanced.

I have read many poems about the wind, but few with the breadth, depth and subtle complexity of “The Wind at Vinci.”

Michael Hulse is an associate professor at the University of Warwick in England, where he teaches creative writing and comparative literature. He was international poetry editor for Arc from 1993 to 1999 and general editor of a literature classics and a travel classics series for Könemann from 1994 to 2001. He co-edited the best-selling Bloodaxe poetry anthology, The New Poetry (1993), ran Leviathan poetry press, and has edited the literary magazines Stand, Leviathan Quarterly and The Warwick Review. He received a Cholmondeley Award in 1991. In 2011, he co-edited The Twentieth Century in Poetry.

His poetry collections include Eating Strawberries in the Necropolis (1991); Empires and Holy Lands: Poems 1976-2000 (2002); and The Secret History (2009). Another book of poems, Half-Life, will be published in 2013. Hulse, who has lived in Germany and The Netherlands as well as England, is internationally recognized not only as a poet but also as a translator. You can read more about his work at http://literature.britishcouncil.org/michael-hulse.

Write a poem inspired by the wind. Your poem may be in free or formal verse (if you use a form, specify which form it is). It may be a serious poem or a light one. A poem with both depth and poetic artistry will have the best chance of winning.

Please put your name at the bottom of the poem (note the format used above).

Poems published in books or on the Internet (including Facebook and other on-line social networks) are not eligible. If your poem has been published in a periodical, please include publication data. Poems submitted after the December 15 deadline will not be considered.

How to Submit Your Poem:
Send your poem to wildamorris[at]ameritech[dot]net (substitute the @ sign for “at” and a . for [dot]). Put "December Challenge" in the subject line of your email. If you want a bio published with your poem should it be a winner, please include put a brief bio below your poem. Submission of a poem gives permission for the poem to be posted on the blog if it is a winner. The deadline is December 15, 2012. Copyright on poems is retained by their authors.