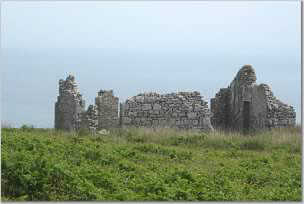 
Charlotte Digregorio, Midwest Regional Coordinator of the Haiku Society of America (whose bio and poems appear on the original post for the August poetry challenge), agreed to judge the submissions. Here are the haiku that she selected as winners:

The First Place haiku is:


Mark E. Wilson has been a lawyer in Chicago for about twenty-five years.  He lives in Lake County, Illinois with his wife and daughters, dog and two cats.  His writing is inspired by American life – in families and neighborhoods, suburbs and cities, courtrooms and board rooms, schools and play grounds, in the mind and in the mind's eye.  His poetry has been published in YesPoetry and other virtual places.  Mark is also a multi-instrumentalist and songwriter, and an award-winning fingerstyle guitarist.  You may find a few of his poems at www.riseandshinepoerty.blogspot.com.

The Second Place haiku is:


Peggy Trojan, retired English teacher,  lives in the north Wisconsin woods by a trout creek.  She has been published in a wide variety of journals and anthologies,  including Talking Stick, Verse Wisconsin, Dust and Fire, Echoes, Red Cedar,  and others.  She recently won an Honorable Mention in the Wisconsin People and Ideas contest.   She is a member of Wisconsin Fellowship of Poets.

Copyright on poems are retained by the poets.
Feedback on Submissions from the Judge:

Digregorio included the following general comments when she notified me of the winners:

These are the major problems I saw with most of the entries:

1) Explaining, rather than suggesting. Haiku is subtle. It evokes an image.

2)  A clutter of images without any connection. Haiku should have either one image or two. When there are two images, they are seemingly unrelated at first reading. In thinking about them, the connection becomes evident.

3) Too many adjectives/description. Adjectives should be used sparingly, if at all.

5) The 5-7-5 traditional syllable form of haiku is not required. Often, it leads to poets padding their lines to get enough syllables.

The Haiku Society of America will hold its National Meeting/Symposium, Friday through Sunday, Sept. 27-29, in Evanston, IL. It is free and open to the public. There will be expert speaker-poets from the U.S., Canada, and Japan. There will also be a free raffle of haiku books/journals. For details/registration form, contact Charlotte Digregorio, c-books@hotmail.com. (There is a nominal charge for Saturday lunch and Sunday cultural activities.) 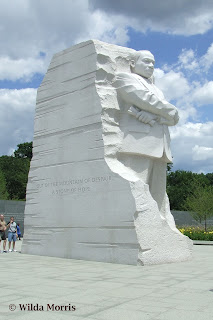 I don’t usually post poems on this blog, except for poems serving as prompts for the monthly challenge. I’ve decided to make an exception today, on the fiftieth anniversary of the March on Washington. I surely would have been in D.C. to participate, except for the fact that it was three days before my wedding (yes, that means my husband and I will celebrate our 50th anniversary this week, on August 31).

Last Saturday I was in Chicago for a meeting of Poets & Patrons of Chicago. Maybe it was because I’d been hearing radio and TV accounts of preparation for the commemoration of the 50th anniversary of the March on Washington. Maybe it was because I was again thinking about the fact that I regretted that I couldn’t go to Washington for the March and be ready for my wedding three days later. At any rate I noticed something that warmed my heart. I suspect I may have seen the same “picture” on other occasions when I walked through Union Station, and didn’t even notice. But this time, I was touched, and wrote this poem on the train on my way back to the suburbs.

on this late August day,
Dr. King walks with me
in Union Station, Chicago.
I say, Stop! Turn around,
Dr. King. See the picture
behind you—
The shoeshine stand.
Dr. King glances back.
He turns, smiling.

I dreamed of this, too,
he whispers.
The day when sometimes
a white man would polish
a black man’s shoes
and neither
would be called “boy.”