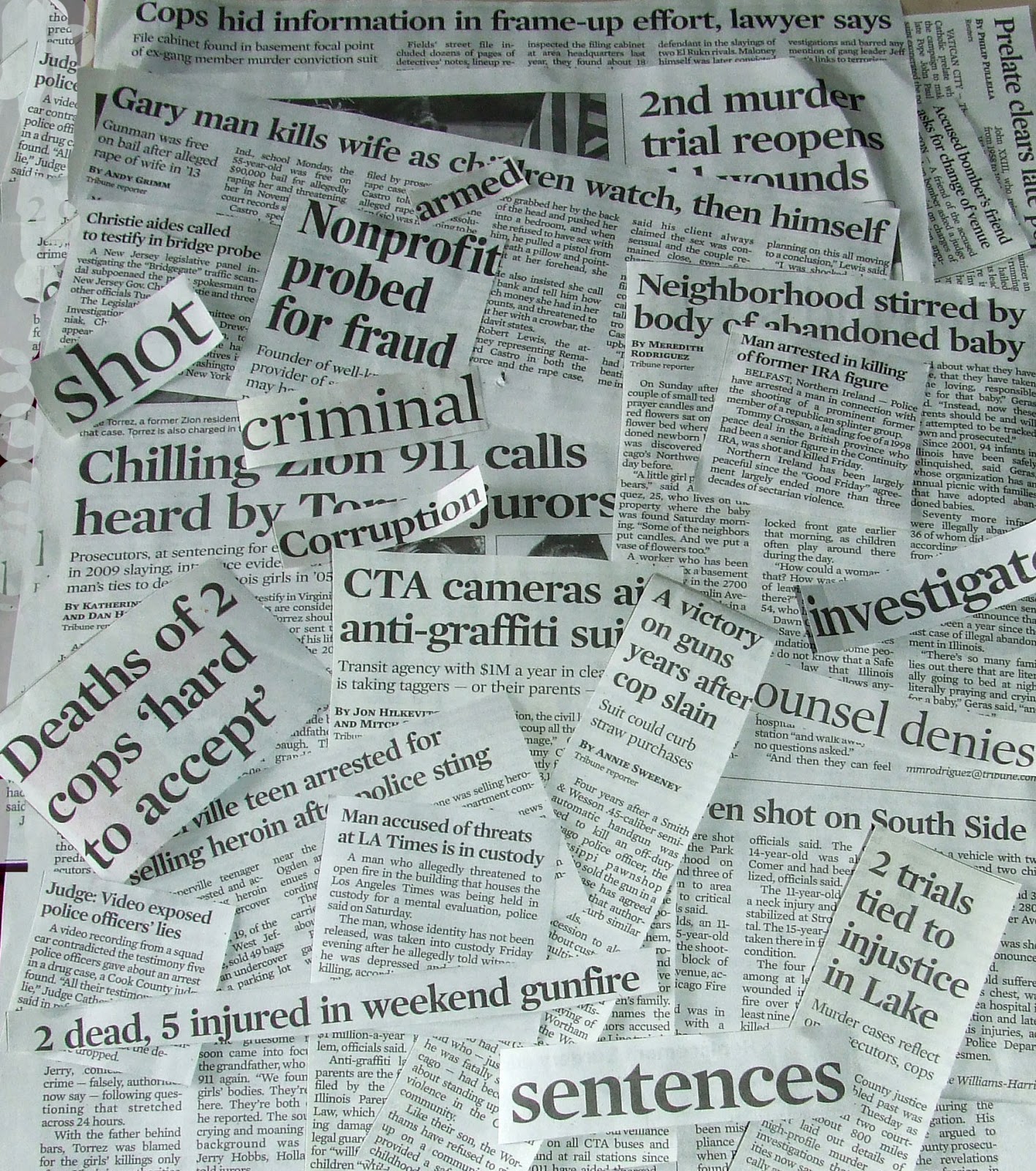 Crime is a popular topic for television and movies – and, it seems, for poetry. Mike Bayles, an Iowa poet, agreed to make the final decision on the crime challenge poems. Here are the winners, two poems tied for first:

Why do lawyers write nature poetry
when their lives proceed in grey block buildings
or damask-papered rooms full of matching volumes?

Their clients are imprisoned behind desks
overflowing with paper or in cold cells
or in homes where they hide from police
and immigration officers and their own families.

The faces across their desks frown and pout,
lined with distress, demanding impossible good.
Their work means grappling with obstacles
so tough they have no energy to see the stars.

That’s why they bargain with beauty
and settle for lakes and elms, sanctioning
the blooming of lilacs, charging the cardinals
with profligate songs, seeking protection
as witness to all this evidence.

Mr. Bayles commented, “I like the contrasts and connections between legal matters and nature. The poem implies that the lawyer might turn to nature for relief, but even in nature there is no true escape. I like the lines, ‘bargain with beauty,’ and ‘Their clients are imprisoned behind desks.’ There is great irony to this poem.”

A gaudy diagonal of yellow
tape bisects the door across
the hall.  Shiny black letters

leave no doubt to its purpose,
flimsy plastic sash worn by
the unfortunate contestant

in this sad urban pageant.
There will be the usual
flowers and headlines for

for last night's unlucky winner.
There will be no diamond tiara—
only questions, too many questions.

About this poem the judge wrote, “This poem also has great irony. I like the use as the police crime scene tape being used as a sash. This is a poem where the winner is truly the loser. Maybe there is beauty in sorrow.”

Note that these poets retain rights to their poems.

Having retired from the practice of law, Julia Rice called on many memories to write this poem. She says, “I know more about law than nature, but see! I can write a nature poem about crime.”

DB Appleton is edging toward retirement, when---for better or for worse---he'll have more time to write.  Forty years in New York undoubtedly color his compositions.  He now splits his time between Madison and Sister Bay, Wisconsin, a ratio that will hopefully shift from the former to the latter as time goes on.

Mike Bayles, the author of Threshold, a book of poetry, is a widely-published poet and fiction writer. Poetry publishing credits include The Rockford Review, Lyrical Iowa, Out Loud Anthology and Coffee-Ground Breakfast. Bayles was the 2013 winner of the Iron Pen Poetry Writing Contest of The Midwest Writing Center. He is a lifelong Midwest resident, and his writing is influenced by city, small town and rural life.

The May Poetry Challenge will be posted before midnight on May 1 if there is no crime scene tape blocking me from my home, no burglars running off with my computer, and I am not taken to the emergency room with broken arms (victim of an assault). 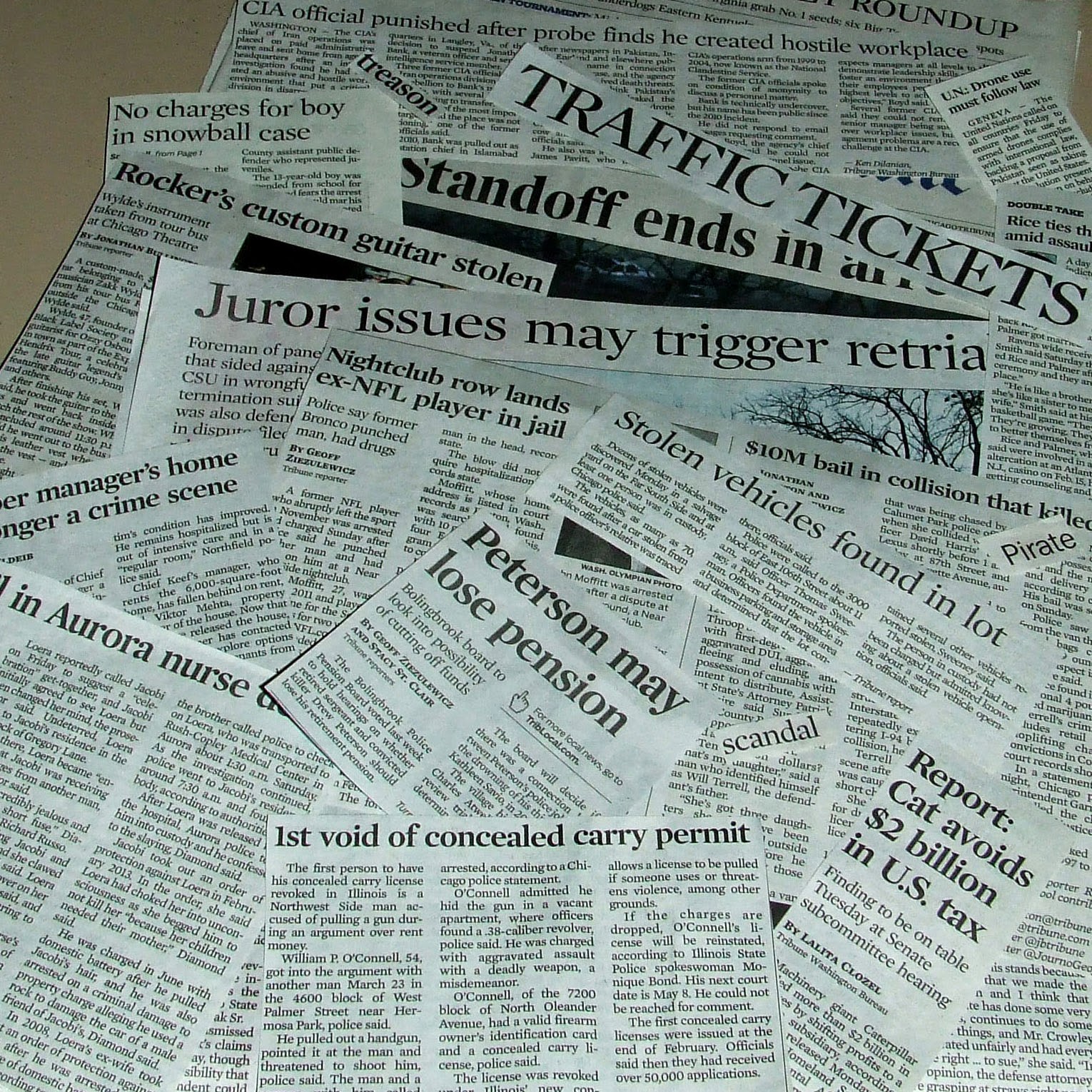 Crime has long been a subject for poetry. In ancient Greece, Homer wrote about the Erinyes,  goddesses assigned to avenge crimes such as homicide and disrespect of the elder generation. Hercules was given mighty tasks to accomplish to amend for the fact that he had killed his own children.

When Mother read nursery rhymes to me, I knew “Tom, Tom, the Piper’s son” was a criminal—he stole a pig. On the other hand, “Peter, Peter, Pumpkin Eater” was just a nonsense rhyme. Now, though, I wonder if it is a metaphor for domestic violence.

Students of English poetry can point out such notable examples of crime poetry as “The Ring and the Book” by Robert Browning, “Murder in the Cathedral” by T. S. Eliot, and “Killers” by Carl Sandburg. My grandmother, who loved Zane Grey Westerns often recited “Lasca” by Frank Desprez. “Lasca” could be termed a condensed Western novel—it has great drama and excitement—and homicide.

The website, The 5-2 Crime Poetry Weekly publishes a “crime poem” each week during the year. The editor and publisher, Gerald So, gathers the year’s 52 poems into a chapbook. You can access 5-2 Crime Poetry Weekly at http://poemsoncrime.blogspot.com/. To read the poems, click on “Poem of the Week” in the “Checklist” on the right side of the screen. Keep clicking on “older posts” when you get to the bottom of the page if you wish to continue reading.

The 5-2 Crime Poetry Weekly has a fairly broad definition of crime poetry. Toby Speed’s poem, “Morning Report,” posted on November 4, 2013 tells us the Department of Children and Family Services (or whatever it is called in her state) has deemed the old woman who lived in the shoe to be a neglectful parent. In “Sheriff Andy Taylor,” posted August 27, 2013, David S. Pointer explains why the sheriff of Mayberry (on the Andy Griffith show) succeeded in keeping the peace.

“I Hope That’s Pepperoni” by Catfish McDaris,” posted October 3, 2011, is a humorous poem. The set-up includes a murder back in the 1930s, a child’s reaction, a practical joke suitable for April Fools’ Day, and . . . well, I invite you read it yourself.

Kathleen Shaw’s poem, “Stranger,” is a reflection on paranoia. The poem for the current week, "Sermon Notes" by Randall Compton takes the perspective that the “prosperity gospel” is criminal, or as he puts it in his comment on the poem, “serial deceit and distortion.”

Some of the poems on The 5-2 Crime Poetry Weekly are serious reflections on horrendous crimes. In the March 24 poem, “For Newtown,” Rachel Lynn McGuire invites us to light candles and bring flowers for the crying mothers of Newtown. The 1998 murder of Kali Manley is the subject of “On the Day a Fourteen-Year-old Disappeared in Ojai, California.” The killing of Trayvon Martin, and the jury decision to free George Zimmerman inspired Robert Cooperman to write “The Demon Hoodie,” a poem posted on January 13 of this year. It is written from the point of view of the hoodie, which is “the opposite of a cloak of invisibility.”

February 3, 2013 is the posting date for an interesting poem by Elizabeth Lash:

In Memoriam: Ex-KGB Agent Complains of Mysterious Toxin in His Veins

Am in the bar finding traces of love in my veins,
and I am warm, falling...
recalling shot after shot—sounds of Russian drinking songs ring in my
head.

Waking, I found nurses in squeaky soled shoes who surrounded me,
injecting shot after shot to keep the poison at bay.
It was not traces of love I found in my veins...
but traces of death in my soul.

They say you'll know when they come,
but they came silently, in the guise of brotherhood.
I thought a few drinks at a bar would harm no one.
I was no longer a traitor—let bygones be bygones.
Drink and forget what could poison the evening.

Well, this was how the Bureau always said its good-byes. I'm not surprised
in the end.
Good-bye wife. Good-bye, comrades.
Farewell my love—
my jealous mother Russia.

And with a sigh,

I give up the fight.

This persona poem was inspired by the death of Alexander Litvinenko. The poet had spent some time in Russia, and says she was “in some ways not surprised” by the news of his death. She was already aware that things had not changed as much in Russia as most of us thought.

Litvinenko accused Russian secret service agents of staging acts of terrorism in order to bring Vladimir Putin to power. He also accused Putin of ordering the death of the journalist Anna Polikovskaya. Litvinenko was poisoned in London. British authorities concluded his likely killer was Andrey Lugovoy, but the Russian government refused to extradite him for trial in the United Kingdom. Lash pictures Litvinenko still loving his “jealous mother Russia,” knowing his death is just the way things works there.

The April Poetry Challenge is to write a crime poem. It can be about an actual crime; about something that you think is criminal, even if it is legal; crime in the movies, on television, video games, nursery rhymes, folk tales or other literature (include a note in case the judge isn’t familiar with your source of inspiration); or paranoia, suspicion, guilt or other psychological states related to crime. The poem can be humorous, if humor is appropriate (actual homicide is not humorous). If you have a different idea, feel free to email me to ask if it fits the definition.

Your poem can be free verse or formal. If you use a form, please specify it.

Submit only one poem. The deadline is April 15. Poems submitted after the April 15 deadline will not be considered. There is no charge to enter, so there are no monetary rewards; however winners are published on this blog.

Send one poem only to wildamorris[at]ameritech[dot]net (substitute the @ sign for “at” and a . for “dot”. Be sure to provide your e-mail address. Include a brief bio which can be printed with your poem, if you are a winner this month.

Submission of a poem gives permission for the poem to be posted on the blog if it is a winner, so be sure that you put your name, exactly as you would like it to appear if you do win, at the end of the poem. Poems may be pasted into an email or sent as an attachment. Please do not indent the poem or center it on the page. It helps if you submit the poem in the format used on the blog (Title and poem left-justified; title in bold, and not all in capital letters; your name at the bottom of the poem). Also, please do not use spaces instead of commas in the middle of lines. I have no problem with poets using that technique; I sometimes do it myself. However I have difficulty getting the blog to accept and maintain extra spaces.


And Remember: The January challenge is still open, and will be until there are a few more submissions. Check the January post for complete rules.

It might be something suspicious holding up the April Challenge.
Homicidal or a form of kleptomania.
Sometime before all the streetlights are shot out tonight,
I'll sneak past the sentries and post the new challenge.

Wilda
Posted by Wilda Morris at 9:18 AM