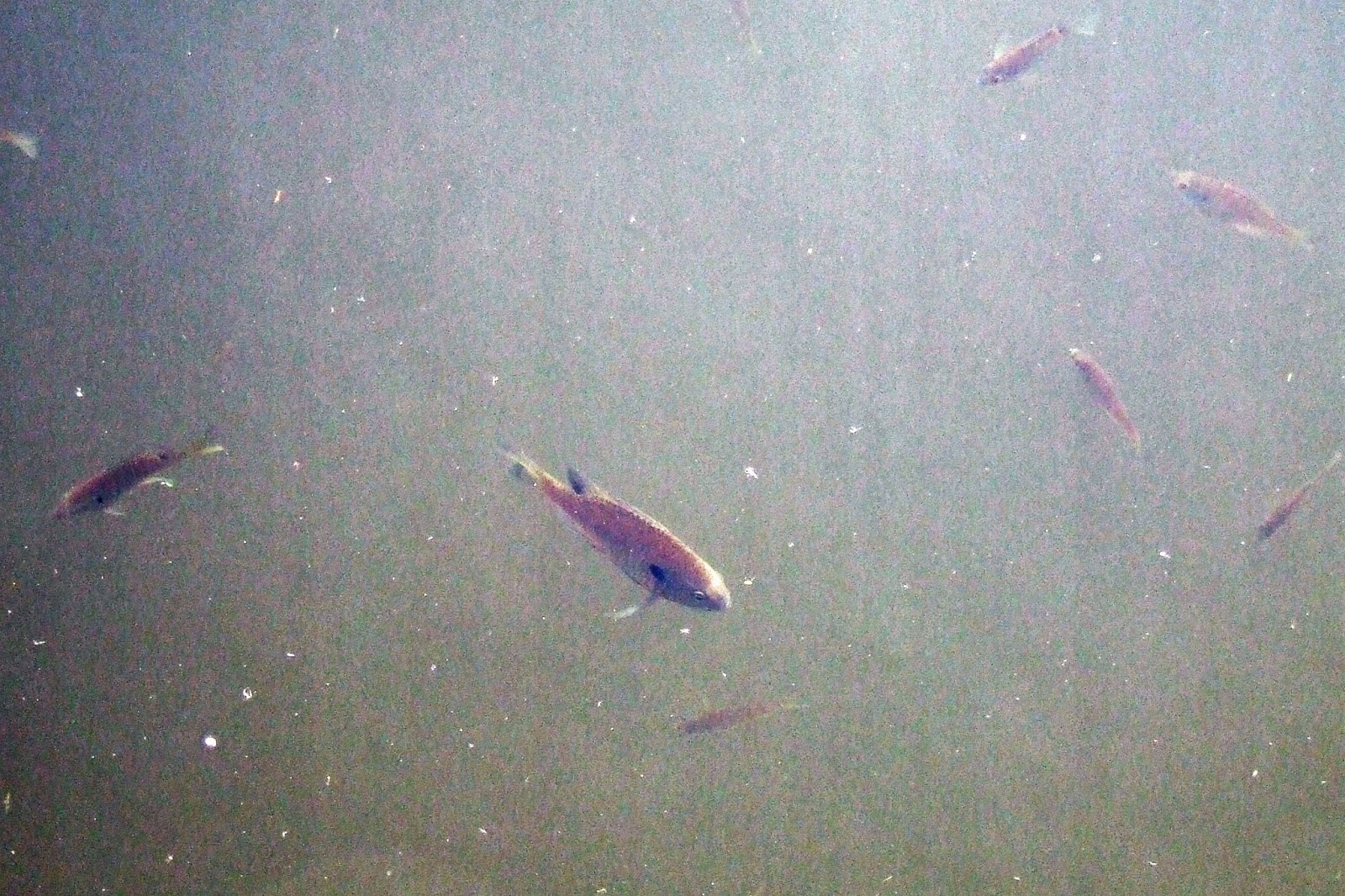 The judges, Jim Lambert and jacob erin-cilberto, selected four poems – first and second place and a tie for third. I want to thank the judges and congratulate the winners.

Some of the winning poems are fairly concrete; others are more metaphoric. I hope you will enjoy all four poems. Please remember that the poets own the copyright to their poems; do not copy them without permission.

I can sense it a shooting star,
a glint of stellular motion inspiring
hope to fools and children,
a delusion, a misunderstanding
of what is actual, what is real
that pierces the sky

It’s like a whisper of leaves
hanging from massive cottonwood
trees along the Missouri River,
investing all year to growing cotton candy
fluff while gossiping unabashedly
like hotel maids in the laundry

Today at market on Devon
I bought a small lake trout,
brought it home to grill
or sauté gently in the skillet
with lemon sliced, and garlic slivered,
an evergreen sprig of parsley
as a garland for my platter.

Now as heat transforms
the pink translucent flesh into meat
light as air, white as bone,
I give thanks for I will eat
what was yesterday a rainbow
moving through the water,
translating sunlight into matter.

The second place poem is:

And finally, the first place poem:

I’ve left myself open for love.

I crave the feeling of lightness,
the sudden lift of a heart
that’s traveled on such guarded wings.

a splayed flounder
on a bed of ice
in the window of a shanty
in the middle of town.

Love makes you want to take that risk.

Susan Mahan has been writing poetry since her husband died in 1997. She is a frequent reader at poetry venues and has written four chap book. Her poems have been published in a number of journals and anthologies.

Phil Rice lives and writes in Woodstock, Illinois. He has edited Canopic Jar, a literary arts journal, since 1986.

Gay Guard-Chamberlin is a Chicago-based poet and performer, as well as a visual artist. Gay is currently working on a long-term multi-disciplinary collaborative project called Collage Collage. She is a member of Poets & Patrons and ISPS. Four of her shorter poems are currently featured on Nic Sebastian's website, poetrystorehouse.com.

Jessica Lindsley grew up in North Dakota before the oil boom. Her work has been published in the Smoking Pot, Blackwood Press, Thirteen Myna Birds, DEAD SNAKES, cryopoetry and other publications.

jacob erin-cilberto, originally from Bronx, NY, now resides in Carbondale, Illinois. He currently teaches at John A. Logan and Shawnee Community colleges in Southern Illinois. His work has appeared in numerous small magazines and journals including: Café Review, Skyline Magazine, Hudson View, Wind Journal, Pegasus, Parnassus and others. erin-cilberto also writes reviews of poetry books for Chiron Review, Skyline Review, Birchbrook Press and others. His previous three books an Abstract Waltz, Used Lanterns and Intersection Blues are available through Water Forest Press. His books are also available on Barnes and Noble.com and Amazon.com as well as Goodreads. erin-cilberto has been nominated for a Pushcart Prize in Poetry in 2006-2007-2008 and again in 2010. He teaches poetry workshops for Heartland Writers Guild, Southern Illinois Writers Guild and Union County Writers Guild.

Check back on April 1 for the April Poetry Challenge. You just might be a winner! 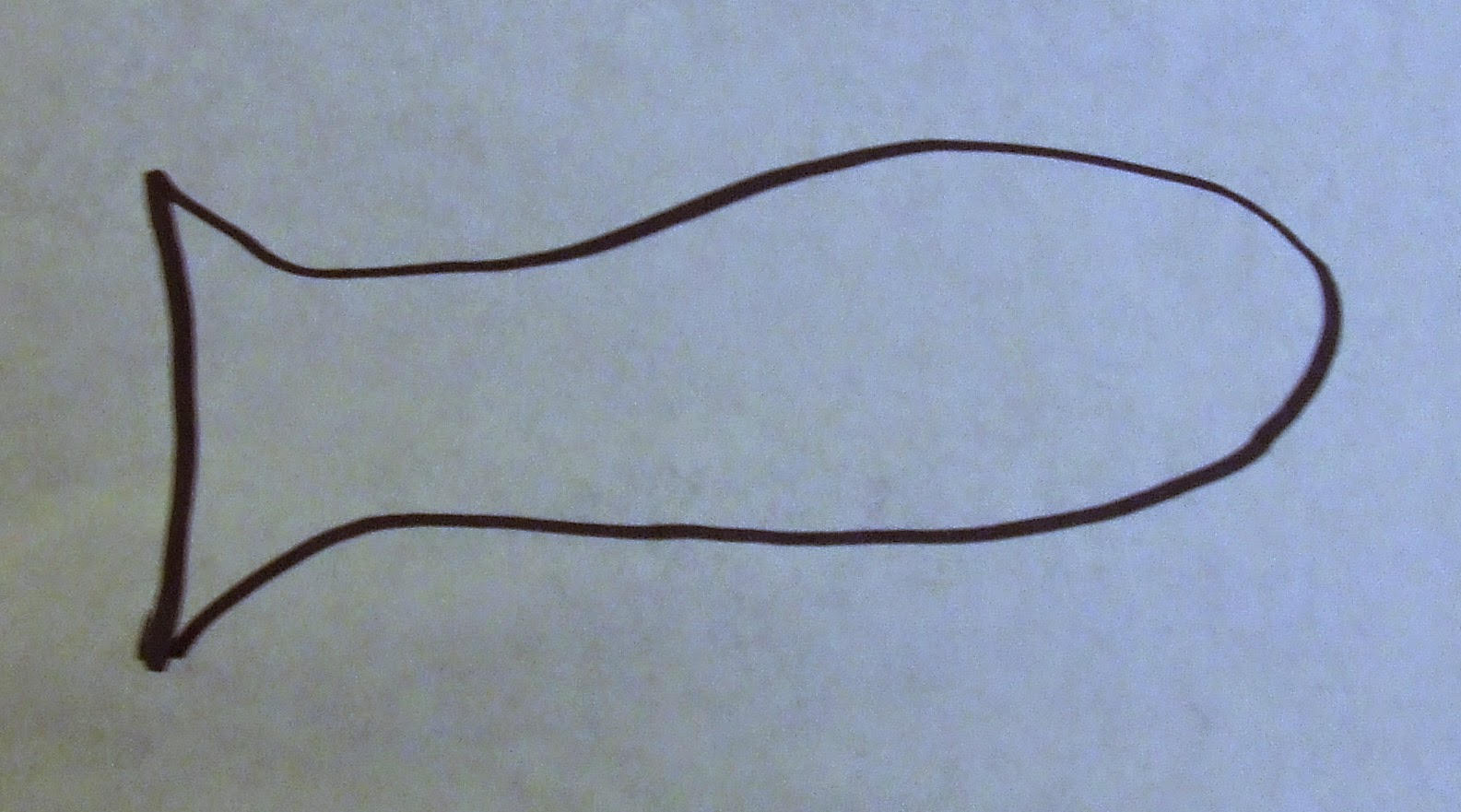 There are quite a few famous poems about fish and fishing. One of the most famous is a poem by John Wolcot, who wrote under the pen name "Peter Pindar." Wolcot was born in 1738 and died in 1819. His name is not as well-known now as it once was, in part because much of his poetry was about current events and about the celebrities of his day. His poem about fishing, however, has stood the test of time.

To A Fish of the Brook

Why fliest thou away with fear?
Trust me there's naught of danger near,
I have no wicked hook
All covered with a snaring bait,
Alas, to tempt thee to thy fate,
And drag thee from the brook.

O harmless tenant of the flood,
I do not wish to spill thy blood,
For nature unto thee,
Perchance hath given a tender wife,
And children dear, to charm thy life,
As she hath done for me.

Enjoy thy stream, O harmless fish;
And when an angler for his dish,
Through gluttony's vile sin,
Attempts, a wretch, to pull thee out,
God give thee strength, O gentle trout,
To pull the rascal in!

The poem is rhymed and metered. Wolot doesn’t tell us what kind of fish the poem is addressed to until the next to last line when he needs the word “trout” to rhyme with “out.” Note how he seeks to create a sense of identification with the fish.

Wolcot was known for his wit and satire, so I suspect that he intended this poem to be humorous. The message has been taken more seriously by some contemporary animal rights groups, however.

Elizabeth Bishop’s poem, “The Fish,” which you can read at http://www.poets.org/poetsorg/poem/fish-2, is an entirely different kind of poem. It isn’t reproduced here, because it is not yet in the public domain.

Bishop’s poem is well-crafted free verse. She uses a number of poetic devices, including similes, vivid imagery, and alliteration. There are two very short sentences near the beginning of the poem. After that most of the poem, though consisting of short lines, is made up of long, run-on sentences. This structure, it seems to me, gives more “punch” to the six word concluding sentence.

Like Wolcot, Bishop creates in the reader a sense of identification with and sympathy for the fish, but she does it in a very different way than he did. Her detailed descriptions of the fish and the hooks in its lip are important in that regard, as is the idea of looking into the eyes of the fish. The fish and its plight may be metaphoric, suggesting the struggles which people go through in life.

While the fish in Bishop’s poem is old, ugly and described in detail, the trout William Butler Yeats wrote about was “silver.” That one word is the only description given to the fish caught by the narrator. But what a fish! Yeats made good use of his imagination in this poem:

The Song of Wandering Aengus

I went out to the hazel wood,
Because a fire was in my head,
And cut and peeled a hazel wand,
And hooked a berry to a thread;
And when white moths were on the wing,
And moth-like stars were flickering out,
I dropped the berry in a stream
And caught a little silver trout.

Though I am old with wandering
Through hollow lands and hilly lands,
I will find out where she has gone,
And kiss her lips and take her hands;
And walk among long dappled grass,
And pluck till time and times are done
The silver apples of the moon,
The golden apples of the sun.

This is, of course, another rhymed and metered poem. Is it a dream poem? Aengus is the name of a got in Irish mythology, but the story told by this haunting poem doesn’t retell any of the traditional stories. Much ink has used in trying to explain all the symbolism of the poem. Do you think the main theme of the poem is obsessive or unrequited love? Human longing for what is unattainable? Essentially every object in the poem, from the moths to the “silver apples of the moon” and “golden apples of the sun” have been interpreted metaphorically.

The poetry challenge for March is to write a poem about fish or fishing. Maybe you went fishing with your father or grandfather, or took your child fishing. Perhaps you love a good fish fry, or maybe you can’t stand the taste or texture of tuna.

Your submission can be a narrative poem, such as Bishop’s poem, about a realistic fish. It can be a magical fish such as the silver fish in Yeats’ poem. Or the fish or fishes or fishing can be metaphoric. Be sure your poem is about fishing or about a fish. A starfish is not a fish, despite its name (some scientists are trying to persuade us to call them sea stars), nor are sand dollars. Octopi are not fish, nor are whales.

Submit only one poem. The deadline is March 15. Poems submitted after the March 15 deadline will not be considered. There is no charge to enter, so there are no monetary rewards; however winners are published on this blog. Please don’t stray far from “family-friendly” language.

Some Other Interesting Poems about Fish or Fishing:

For more fish poems on line, see http://www.poetryfoundation.org/search/?q=fish. This collection will not only take you fishing, it will also take you to a fish market.