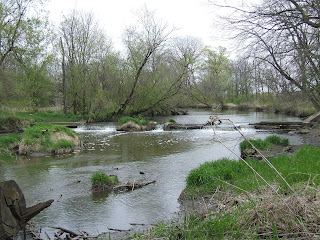 
Charlotte Digregorio, the judge for the June Poetry Challenge selected “Flow, River, Flow” by Carole Mertz as the winning poem. Mertz interpreted “river poem” in a unique and creative way.

I haven’t ridden on swift-flowing rafts,
but I’ve been swept along in waters
splayed by many a writer’s crafts.

I’ve travelled torrents in books
as varied and bright
as my rich reading nooks.

Petterson (of Out Stealing Horses) shows his boy
racing downriver on risky yellow logs,
erupting with violent spurts of joy.

And what of the Styx? I’d rather not travel
its ominous flows; but Dante and Milton
press me with knotty lines to unravel.

These rivers flow on and on. Never stopping,
I read them again and again,
enjoying vintages of each writer’s outcropping.

This River of Words smooths my way,
gift from writers ‘round the world.
How wide its reaches? I cannot yet say.

Carole Mertz has published poems in The Write Place at the Write Time, Page & Spine, Rockford Review, Lutheran Digest, Westward Quarterly, and in various anthologies. Her reviews of poetry collections are at Arc Poetry Magazine and in World Literature Today.

About the judge:  Charlotte Digregorio is the author of six books including, Haiku and Senryu: A Simple Guide for All. Her books are sold in forty-four countries, and have been featured by book clubs. She has won thirty-three poetry awards and has been nominated for a Pushcart Prize. She speaks at national writer's conferences, and is a writer-in-residence at universities. She hosted and produced, “Poetry Beat,” a radio program on public broadcasting. She is the Second Vice President of the Haiku Society of America. She has given dozens of haiku workshops at libraries and schools, and judges national poetry contests. Her poems have been translated into six languages and exhibited on public transit, in banks, supermarkets, museums, apparel shops, botanic gardens, restaurants, and libraries. You can check her website at https://charlottedigregorio.wordpress.com/.

Check back early in July to see the next poetry challenge. 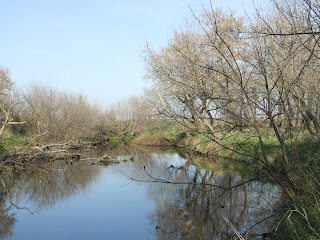 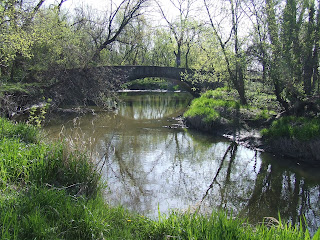 Rivers are the subject of many poems published over the centuries. One of the most famous is “The Negro Speaks of Rivers,” by Langston Hughes. It first published in 1921 when Hughes was in his late teens. He became a leader of the Harlem Renaissance.

The Negro Speaks of Rivers

The rivers in Hughes’ poem are actual, literal rivers, but he uses them in a symbolic way. Emily Dickinson doesn’t have rivers in many of her poems. The river that runs through number XI is metaphoric:

My river runs to thee:
Blue sea, wilt welcome me?

A poem that is more well-known that that of Emily Dickinson, and maybe even better known than Langston Hughes’ poem, features a river experienced in a dream (or drugged?) state:

In Xanadu did Kubla Khan
A stately pleasure-dome decree:
Where Alph, the sacred river, ran
Through caverns measureless to man
Down to a sunless sea.
So twice five miles of fertile ground
With walls and towers were girdled round;
And there were gardens bright with sinuous rills,
Where blossomed many an incense-bearing tree;
And here were forests ancient as the hills,
Enfolding sunny spots of greenery.

But oh! that deep romantic chasm which slanted
Down the green hill athwart a cedarn cover!
A savage place! as holy and enchanted
As e’er beneath a waning moon was haunted
By woman wailing for her demon-lover!
And from this chasm, with ceaseless turmoil seething,
As if this earth in fast thick pants were breathing,
A mighty fountain momently was forced:
Amid whose swift half-intermitted burst
Huge fragments vaulted like rebounding hail,
Or chaffy grain beneath the thresher’s flail:
And mid these dancing rocks at once and ever
It flung up momently the sacred river.
Five miles meandering with a mazy motion
Through wood and dale the sacred river ran,
Then reached the caverns measureless to man,
And sank in tumult to a lifeless ocean;
And ’mid this tumult Kubla heard from far
Ancestral voices prophesying war!
The shadow of the dome of pleasure
Floated midway on the waves;
Where was heard the mingled measure
From the fountain and the caves.
It was a miracle of rare device,
A sunny pleasure-dome with caves of ice!

A damsel with a dulcimer
In a vision once I saw:
It was an Abyssinian maid
And on her dulcimer she played,
Singing of Mount Abora.
Could I revive within me
Her symphony and song,
To such a deep delight ’twould win me,
That with music loud and long,
I would build that dome in air,
That sunny dome! those caves of ice!
And all who heard should see them there,
And all should cry, Beware! Beware!
His flashing eyes, his floating hair!

Weave a circle round him thrice,
And close your eyes with holy dread
For he on honey-dew hath fed,
And drunk the milk of Paradise.

This is another poem that is found on numerous websites and in numerous collections and anthologies, including The New Oxford Book of English Verse 1250-1950, chosen and edited by Helen Gardner (Oxford University Press, 1972), pp. 544-546.

I fell in love with the sounds of this poem the first time I heard it read aloud.

As you can see, there are many ways to write a river poem. I’ve included a list of some other river poems you may want to check out; see below.
The June Poetry Challenge: a River Poem

The Challenge for June is to write a river poem. A river poem may be about the poet’s (or narrator’s) personal experience with a particular river—picnicking on the bank, swimming in the river, running the rapids on a ramp. It may be the river in your hometown, one you have seen while traveling, or one you would like to see. It may be about rivers in general or about the role of a river like the Nile, the Ganges, the Amazon, the Rhine or the Mississippi in history, ecology or economy of a nation or continent. The river may be a metaphor (or something else may turn out to be a metaphor for a river). Or it can be an imaginary river.

Submit only one poem. The deadline is June 15. Poems submitted after the June 15 deadline will not be considered. There is no charge to enter, so there are no monetary rewards; however winners are published on this blog. Please don’t stray too far from “family-friendly” language. No simultaneous submissions, please. You will know before the month is over whether or not your poem will be published on this blog.

Some Other River Poems:

Max Garland, “Lines for the Cape Fear River” and “A Day on the Red Cedar River,” in Hunger Wide as Heaven (Cleveland OH: Cleveland State University Poetry Center, 2006), pps. 39 and 42.

Wallace Stevens, “The River of Rivers in Connecticut,” http://www.thenation.com/article/music-austerity-poetry-wallace-stevens. 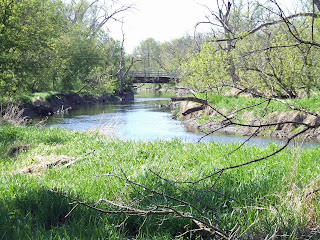