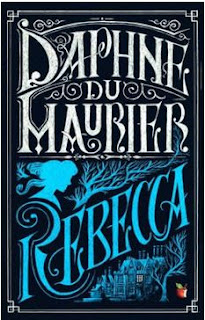 I was surprised that there weren’t more poems this month, since I assume virtually everyone has a favorite book, or a book they hated and would be happy to complain about. A book they listened to in the car, or one a parent read to them or that they read to their children. A non-fiction book, a novel or a book of poetry that changed their life in some way. An unforgettable collection of words on the page. What would we do without books?

The poem jointly selected by me and co-judge Linda Wallin, former President of Poets & Patrons of Chicago, is a well-crafted Shakespearean sonnet based on the gothic novel, Rebecca, by Daphne du Maurier.

Mrs. Danvers Introduces You to Rebecca

They saw her as the quintessential wife:
the beauty and the charm at every ball.
They blindly worshipped graciousness so rife,
but No one knew that she despised them all.

She still exists, Rebecca, in our lives,
pretending passion, putting on the act.
She has the words to make you think she strives
and not just imitates the soul of tact.

Repeating praise of charity, she coos,
but your mistakes she never will forget.
Whenever need demands, they’re here to use.
Her care for you may be a secret threat.

She is above you all; she has her rights.
Behave yourself. She can repay your slights.

First published in Sometimes a Scrap and a Star 2018. Julia Rice retains rights to this poem.
Bio: Julia Rice has published her first book, Sometimes a Scrap and a Star, proving to herself that naming herself a poet in her advanced years is not just a metaphor. She has had work published in WFOP Museletters and Wisconsin Poets Calendars, Songs of St. Francis, Echolocations: Poets Map Madison, Goose River Anthology, Alive Now, Soundings Review, Stoneboat, The Ariel Anthology, and on the Internet in Wilda Morris’ Poetry Challenge and Blue Heron. Look for her life-summary poem in Unruly Catholic Nuns.

Come back early in June for the next Poetry Challenge.


What are some of your favorite books? What books have you read recently? Do you hold them in your hands and turn the pages? Read them on a Kindle, Nook, or cell phone? Listen to them on audiotapes, CDs, or more modern electronic devices?

In 1997, I listened to a translation of The Iliad by Homer on audiotapes in my car as I drove to and from work. The translation was excellent and so was the reader. I got caught up in the story and the poetic way it was told, and wrote the following poem:

From the speakers in my car resound
clashing swords, screams of pain,
insults, groans of dying men,
sighs of women given as gifts,
and the quarrelsome petulance
of Greek divinities.

The upholstery is splattered with blood
and dirt; the back seat filled
with armor stolen from bodies
of the dead. The anger of Achilles
turns up the heat until I am immersed
in steam. The tears of Priam rain in
through the windows.

So overwhelming
are the smells of rotting fish, battle smoke,
and Hector's sweat, I strain
for the fragrance of bread baking;
meat cooking in cauldrons set on great tripods,
or the hyacinths in which Zeus lay with Hira
until at last I finish listening
to the twelfth audiotape of the Iliad.

“Riding with Achilles” was first published in Chaffin Journal, 2006.

As I reread the poem, it seems that I put myself into the story by bringing the action and related paraphernalia—blood, tears, armor, cauldrons of meat, etc.—into my car.

Many people consider Moby-Dick by Herman Melville to be “The Great American Novel,” though when it was first publihed it would not have made the New York Times’ Top Ten, had such a list existed when it was written. It was an economic flop during the author’s lifetime, but became a best-seller later. I listened to it on CD a few years ago, and fell in love with Melville’s use of language. I have read the book twice, and listened to it four times. You might say I became as obsessed with the novel as Ahab was with the white whale. I wrote a whole book of poems responding to Moby-Dick in various ways.

Spoiler alert! I asked myself what impact his father’s death at sea might have had on Starbuck’s son. This poem was the result:

The Lament of Starbuck’s Son

Mother says my father
was a brave man,
a hero of the whale fishery,
but to me he is absence,
emptiness.

Mother says my father
was kind,
a tender, loving man,
but to me he is heartbreak,
Mother’s tears, her loneliness.

Mother says my father
was pious,
a faithful, believing man
but to me, he is a question—
why a loving God lets a father drown.

Mother says my father
was handsome, wind-tanned,
a well-remembered man
but to me he is a fading memory
and ongoing silence.

The challenge for May is to write and submit a poem that responds in some way to a book that you have read (or to which you have listened). Your poem may involve the whole book (as does “Riding with Achilles”) or reflect on one character (as “The Lament of Starbuck’s Son”). It may deal with a particular incident in the story, provide a backstory, or suggest an aftermath. You may choose to put yourself in the story. Be creative and go in whatever direction you wish.

Your poem may be free verse or formal. If you use a form, please identify the form when you submit your poem.

Title your poem unless it is a form that does not use titles. Single-space. Note that the blog format does not accommodate long lines; if they are used, they have to be broken in two, with the second part indented (as in the poem “Lilith,” one of the November 2018 winners). Read previous poems on the blog to see what line lengths can be accommodated.

You may submit a published poem if you retain copyright, but please include publication data. This applies to poems published in books, journals, newspapers, or on the Internet.

The deadline is May 15. Poems submitted after the deadline will not be considered. There is no charge to enter, so there are no monetary rewards; however, winners are published on this blog. Please don’t stray too far from “family-friendly” language (some children and teens read this blog). No simultaneous submissions, please. You should know by the end of the month whether or not your poem will be published. Decision of the judge or judges is final.

The poet retains copyright on each poem. If a previously unpublished poem wins and is published elsewhere later, please give credit to this blog. I do not register copyright with the US copyright office, but by US law, the copyright belongs to the writer unless the writer assigns it to someone else.

If the same poet wins three months in a row (which has not happened thus far), he or she will be asked not to submit the following two months.

Send one poem only to wildamorris[at]ameritech[dot]net (substitute the @ sign for “at” and a . for “dot”). Put “May Poetry Challenge Submission” in the subject line of your email. Include a brief bio that can be printed with your poem if you are a winner this month. Please put your name and bio UNDER the poem in your email. If the poem has been published before, please put that information UNDER the poem also. NOTE: If you sent your poem to my other email address, or do not use the correct subject line, the poem may get lost and not be considered for publication.

Submission of a poem gives permission for the poem to be posted on the blog if it is a winner, so be sure that you put your name (exactly as you would like it to appear if you do win) at the end of the poem.

Poems may be pasted into an email or sent as an attachment (no pdf files, please). Please do not indent the poem or center it on the page. It helps if you submit the poem in the format used on the blog (Title and poem left-justified; title in bold (not all in capital letters); your name at the bottom of the poem). Also, please do not use multiple spaces instead of commas in the middle of lines. I have no problem with poets using that technique (I sometimes do it myself). However I have difficulty getting the blog to accept and maintain extra spaces.