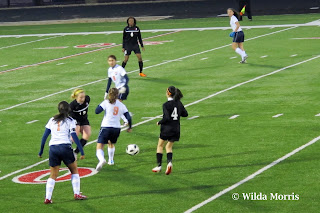 There are two winning poems in the September, 2012, Poetry Challenge. Each one goes beyond the game itself, to explore some aspect of life. Here they are for your enjoyment:

So keep your glove oiled
your senses sharp
your muscles loose

for life is often rain-delayed

Alan D Harris writes poetry, short stories, and plays primarily based upon the life-stories and memories of friends, family and total strangers. His work has appeared on four continents in as many languages. Harris is the 2011 recipient of the Stephen H Tudor Award in Creative Writing by Wayne State University.

No man is an island, entire of itself; every man is a piece of the continent, a part of the main.
John Donne, Devotion XVII

Of course, it wasn’t at all like Willie Mays
in flight, his back to home, or Reiser’s bouts with the wall;
yet still, with body outstretched, my glove upraised,
the ball in slow descent, the ground, a shock, and a roll,
and back on my feet, the final out in hand,
one Holy Jesus of a catch that Don would recall
forever, he later said, until the sands
of time ran down; and as my winning team
swarmed over me, he abandoned the field,
head bowed, to retrieve his bat and to yield
the glory – that with swing and contact seemed
to be his at first – to me. He drowned
the following year. A slip and fall overboard,
his head cracking on the rail, corpse found
a day or so later, floating just off the shore;
and now I’m left alone with the memory, mine
alone, without a witness (the others, in time,
have all forgotten), a memory that fades
into a dream of that wondrous catch I made
so many years ago, with the game on the line.

J. Weintraub has published fiction, essays, translations, and poetry in literary reviews and periodicals, from The Massachusetts Review to Modern Philology, from Prairie Schooner to Gastronomica. He has been an Around-the-Coyote and a StoneSong poet, and he is proud to have been a featured author in readings at such Chicago landmarks as the Red Lion Pub, Hopleaf Bar, and the Bourgeois Pig. He is currently a network playwright at Chicago Dramatists and has had one-act plays produced in New York City, Middleboro, MA, and by Second City, American Blues Theatre, Blank Page Theatre, Chicago Dramatists, and 8 Scribes in Chicago. More at http:/jweintraub.weebly.com.

These poets retain copyright on their poems.

Watch for a new poetry challenge on October 1. 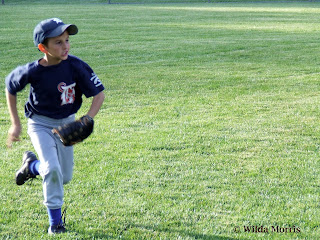 The first sports poetry may have been the odes Pindar (c. 520-440 B.C.E.) wrote in praise of Olympic athletes in ancient Greece.

Finishing Line Press recently published White Fire, a chapbook of poetry by Mardelle Fortier honoring Olympic Skaters. In the poem from that book reproduced below, note how Fortier makes use of the skater’s costume and themes from the music as well as the skater’s movements. All of these, of course, are part of the performance of a figure skater.

Brian Boitano
Skating to “Phantom of the Opera”

Is he real, this specter that haunts
the arena, swirls in a cape
to yearning lyrics, dissolves
into shadows then flies with an elegant
sweep of a hand, dances
through life to death and back,
makes us shiver and gives us
visions like silver mirrored roses,
spins like something
beyond earth, beyond night
and all its wraith-like lights?

Is he a dream, this skater that lurks
and prowls, holding each pining
heart in his palm, landing softly as
pretended candle flames,
soaring to the ceiling of secrets?
He steps deftly from shadow to shadow
like an elusive moonlit ghost,
races past spotlights
as though they could break like bubbles,
obsessively spins into a grey web,
follows the mystical
sheen of ice with its hidden maps,
loving the organ music,
loving each note to death.


From White Light: For Olympic Skaters (Finishing Line Press, 2013), p. 13. Used by permission of the author. You can purchase White Fire for $12 plus shipping and handling, at https://finishinglinepress.com/advanced_search_result.php?keywords=White+Fire&submit-button=Search&search_in_description=1.

Mardelle Fortier, who teaches creative writing and composition at Benedictine University and College of DuPage, is a past president of the Illinois State Poetry Society. She is editor of DuPage Valley Review at Benedictine University. Fortier has won numerous awards for her poetry, and has been published in journals such as Chicago Literary Review, Rambunctious Review, and Piedmont Literary Review.

“Casey at the Bat” by Ernest Thayer is probably the favorite sports poems among Americans.  Unlike Fortier’s lyrical free verse, Thayer’s poem is a rhymed, metered narrative. You can read it at http://www.baseball-almanac.com/poetry/po_case.shtml or enjoy James Earl Jones’ dramatic  reading at http://www.youtube.com/watch?v=X-2lXQQcXb8.

Another famous baseball poem is Lawrence Ferlinghetti’s "Baseball Canto." It is printed at http://www.writing.upenn.edu/~afilreis/88/baseball-canto.html. Or you can hear it read aloud at http://hardballtalk.nbcsports.com/2013/05/29/casey-at-the-bat-baseballs-second-best-poem-was-published-125-years-ago/ (Click on the black and white photo).

A dozen years ago, I went to Mexico to meet my new grandson who was born there. I wrote the following poem after watching volleyball played on white sand beach of the Caribbean at Playa del Carmen.

Like Caribbean waves, his body is all motion.
His feet are never still; his hands shift, stretch
for the ball coming over the net. His feet propel
him into air. He slaps the ball with open hand,
waits for it to come steaming back into his court.
Beads of sweat roll and bounce from his browned skin
to white sand. His muscles glisten. Diving low
for the spiked orb, he sprawls, rises powdered with sand.
He hasn’t yet learned life isn’t winning or losing,
but volleys with sudden unexpected turns he can’t control.
It sometimes soars, sometimes bounces,
sometimes shatters hours or years into grains of sand.


More Sports Poetry on the Internet:

See a discussion of sports poems (beginning with comments on ancient Greek) and a list of some more contemporary examples at http://www.poets.org/viewmedia.p vhp/prmMID/5875. In July, 2010, on the eve of the World Cup finals, Carol Ann Duffy, Poet Laureate of Great Britain, gathered together a collection of sports poetry for The Guardian. You can find poems at http://www.theguardian.com/books/2010/jul/10/sporting-poems-carol-ann-duffy.


The Challenge for September:

Which sports interest you? Football? Golf? Competitive swimming? Soccer? Basketball? Track and field? Or maybe you don’t like sports and want to put your reasons into poetry. Maybe you want to brag about your success on the field—or lament a loss. Maybe you are tuned into TV sports, or perhaps you prefer to be out under the lights on Friday night at the local high school stadium. Perhaps you want to write about a moment in sports history, or your sports hero.

Your poem should be about a competitive sport or sports figure, whether amateur or professional. The sport can be played in a stadium, park, backyard, or city street; by children, youth, adults,or an intergenerational group. You may submit free verse poem or a rhymed and metered poem. If you use a form, please specify what form you are using. If you write about sports or a sporting event which an everyday North American might not be familiar with, please send a brief explanation with your poem.Poems of 40 lines or fewer are preferred.

Send your poem to wildamorris[at]ameritech[dot]net (substitute the @ sign for [at] and a . for [dot]. Be sure to provide your e-mail address. Submission of a poem gives permission for the poem to be posted on the blog if it is a winner, so be sure that you put your name, exactly as you would like it to appear if you do win, at the end of the poem. Poems may be pasted into an email or sent as an attachment. Please put your poem on the left margin; do not indent the poem or center it on the page.

Submit no more than one poem. Please include a brief bio which could be used if you are a winner.