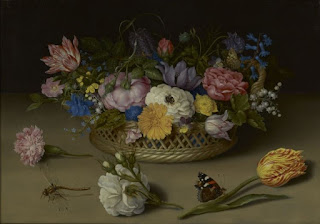 Poet Jamie Ross lives in a cabin on a mesa west of Taos half the year, looking over some ranch land. When the season of ice and snow arrives, he heads south, to central Mexico. A significant portion of his poems are set against one of these two backdrops, though he has also lived Iran and Italy, and participated in National Geographic's first Yukon expedition..

Perhaps I’m leaving tomorrow. Perhaps
the hotel’s creaking gates
will open and shut one more time
beyond this afternoon. Beyond
this fountain still cascading
over the three-tiered pools, the bundle
of yellow roses—long-stemmed, wrapped
in plastic—left here at the edge
of a wedding; guests and mariachis
gone. Now it’s mostly
empty, this restaurant, sliding
into shade. The gleaming
cars and trumpets, the flash-white
smiles of the bridesmaids,
departed. The gaping aunts and
sisters, bags of confetti, raucous
strings of cans; the laughter
of the uncles, lacquered with tequila:
elsewhere. The courage of the parents
beyond the trip, the bill, their wobbling
year’s-wait legs; the bearded
ex-boyfriend, at the vows
bursting through the church
on a flame-red Kawasaki, taking
out a wall, the bride, the sixteenth-
century altar—all of this,
behind. Now, just burbling
water, the waiters pacing
slow around the tables, and, in a cage
outside the kitchen, a canary—who,
with your glance, faintly warbles, jumps
through two blue loops, spins
a woven silver ball—until
you turn away
from the roses, the cresting
tropical trees, the re-announcing spill
of your singular life.

I like the sounds of the words in this poem. It has quite a bit of assonance and alliteration, but not enough to call attention to itself. The language at the beginning is still, quiet, as fits the tittle. That effect is achieved in part by the selection of words with softer sounds: perhaps, shut, beyond, “sliding into shade.” The sounds get more “raucous” later, when raucous is appropriate. Then there are quite a few “b,” “g” and “q” sounds, arriving at that Kawasaki, with two “k” sounds. The poem ends with those quiet “s” sounds again.

I also like the poet's take on “still life,” which can be interpreted in a variety of ways. Maybe the narrator is thinking his own life is quite “still” in comparison to the bride and groom, and the wedding guests (including the ex-boyfriend on the flame-red Kawasaki. Maybe the “singular life” of the “you” addressed in the poem has its own kind of stillness. Jamie Ross is a painter as well as a poet, so I suspect he was thinking, as well, of the poem as a still life. It is one, but in an interesting way. It is as if the artist has painted the wedding in all its ceremony and chaos, and then stripped away the guests, painted out the bride and groom and their attendants and parents, leaving only “the bundle / of yellow roses—long-stemmed, wrapped / in plastic” at the edge of the cascading fountain. You expect fruit or flowers in a traditional still life, not a Kawasaki “taking out a wall.” And maybe a single canary, though this one is definitely not still once it begins to warble and jump. The title does a lot of work for this poem, and causes the reader to ponder its multiple meanings.

The reader has access into this poem because of the plethora of details. We can hear the hotel gate creak, water cascading in the fountain (which is tiered, like a wedding cake), the mariachis. We can see the confetti, the “flash-white / smiles of the bridesmaids,” the canary cage. Yet there is something mysterious about the poem. What connects the possibility of the narrator leaving tomorrow with the “you” who emerges toward the end of the poem? On a second reading, the word "beyond," repeated in the opening echoes in my mind. I wonder what is "beyond" for the narrator and the "you" who is addressed. The “re-announcing spill of your singular life” makes the reader want to peek behind the curtain hiding secrets. And of course, we can only guess why the yellow roses were left behind.

Let “Still Life. With Bird” inspire you to write. You may respond in one of the following ways:
1-Think about the opening of the poem, “Perhaps I’m leaving tomorrow.” You may start with that sentence, or with something else you might “perhaps” do tomorrow. Let that thought take you into your poem.
2-Write about a “still life” scene. Strip away what was there a short time before, as Ross did with the elements of the wedding.
3-Write about the aftermath of a wedding.
4-Think about that lone bird and its role in this poem. Write your own poem, "_______. With Bird."

Your poem may be formal or free verse. If you use a form, please specify the form. Unless your poem is haiku or senryu, it should be titled.

Poems already published in books, or published on the Internet (including Facebook and other on-line social networks) are not eligible. If your poem has been published in a print periodical, you may submit it if you retain copyright, but please include publication data. Only one poem per poet, please.

The deadline is March 16. Poems submitted after the February 16 deadline will not be considered. There is no charge to enter, so there are no monetary rewards; however winners are published on this blog. Please don’t stray too far from “family-friendly” language. No simultaneous submissions, please. You will know by the end of the month whether or not your poem will be published on this blog. Your poem may be free or formal verse. If you use a form, please specify the form when you submit. Decision of the judge or judges is final.

Submission of a poem gives permission for the poem to be posted on the blog if it is a winner, so be sure that you put your name (exactly as you would like it to appear if you do win) at the end of the poem. Poems may be pasted into an email or sent as an attachment (no pdf files, please). Please do not indent the poem or center it on the page. It helps if you submit the poem in the format used on the blog (Title and poem left-justified; title in bold (not all in capital letters); your name at the bottom of the poem). Also, please do not use spaces instead of commas in the middle of lines. I have no problem with poets using that technique; I sometimes do it myself. However I have difficulty getting the blog to accept and maintain extra spaces.

NOTE THAT THE JANUARY CHALLENGE IS STILL OPEN. YOU MAY ENTER BOTH CHALLENGES, BUT PLEASE DO SO IN SEPARATE EMAILS.