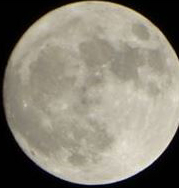 Photo of the Moon by Jenny Pomirko Sparks


All the entries responding to the January Poetry Challenge were interesting. I selected three poems that come from different angles to the question of what you would do if you ran the government or the advice you would give to those who do.

The first poem will explain why I asked Jenny Sparks if I could use a picture she took of the moon last year. On her first day in office, Cindy Guetherman would appoint an old-timer who has experienced every kind of confusion and turmoil the universe can offer:

ancient winter moon,
we hereby put you in charge
of worldly chaos

Cindy’s poem is the shortest one submitted this month. The author of the next poem must have had tongue-in-cheek as she penned the longest submission, though she throws in one more serious policy suggestion near the end.

If I Ran The Government

Me run the government? Think twice…
I would lose my pencil or pen,
or yours if you lent it to me.
I would lose the documents about policy,
maybe on purpose,
since the fine print
would bore me.

Let me be consultant -
churn out wild ideas -
for The Kingdom of Imagination.

There, everyone sprinkles their imaginings
like salt from a shaker
on themselves, each other,
with paint, costumes, one-of-a-kind hats,
good humor, frolic, boundless appreciation.

Arts for All -
not just the “talented”
(hey, we’re all talented!)

“Anything Goes Variety Shows!”
where we share passions;
develop new ones;
juggle plastic bags;
read poems;
play tunes;
sing gaily together;
bake fortune brownies;
write fabulous fortunes.
In The Kingdom of Imagination
kids will help other kids in school.
No teasing.
Put-ups, (not put-downs).
No grades.
Self-evaluation with compassion.
Variabilities not disabilities.

In The Kingdom of Imagination
the Policy Person,
(The person who doesn’t lose pencils,
who reads the fine print)
will institute Single Payer Health Insurance.
We will celebrate daily
in our Parade of Gratitude!

The third poem I picked is an etheree. It might not have been written especially for this poetry challenge, but it is appropriate. What better advice can we give to presidents, prime ministers, governors, parliamentarians, members of congress, mayors and other leaders than this?

Try
keeping
your heart an
open door like
a father who leans
in its light looking out
helping the weak who cannot
help themselves but still look to you
because their heart’s cry is for mercy—
they ask, may hearts weak and strong beat as one . . .

Actually, what better advice is there for leaders (or for any of us) than to keep our hearts as open doors and to work for the unity expressed in the last line, where many hearts beat as one?

Congratulations to the three winners this month. Check back on February 1 for a new challenge. If you didn’t win this month, maybe you will next month. Keep trying.

Michael Escoubas began writing poetry for publication in August of 2013, after retiring from a 48-year-career in the printing industry. Early in life his mother said, You have a gift for words; you should do something with that gift. He writes poetry, in part, because of his mother’s encouraging words. Michael also writes poetry because he believes poetry brings people together and that poets are menders of broken things. Michael has published one chapbook, Light Comes Softly, which is available as a free download on iTunes.

Cindy Guentherman first started publishing haiku in the early eighties and it is still her favorite kind of poem.

Tasha Paley lives part time in San Miguel Allende. MX and part time in Brooklyn, NY. She is a retired creative arts therapist having worked both in public schools in NYC and with all ages. She engages whimsically and playfully in all the arts—improv theater, Playback Theater, painting, writing and illustrating children’s books, and writing poetry and theatrical plays.