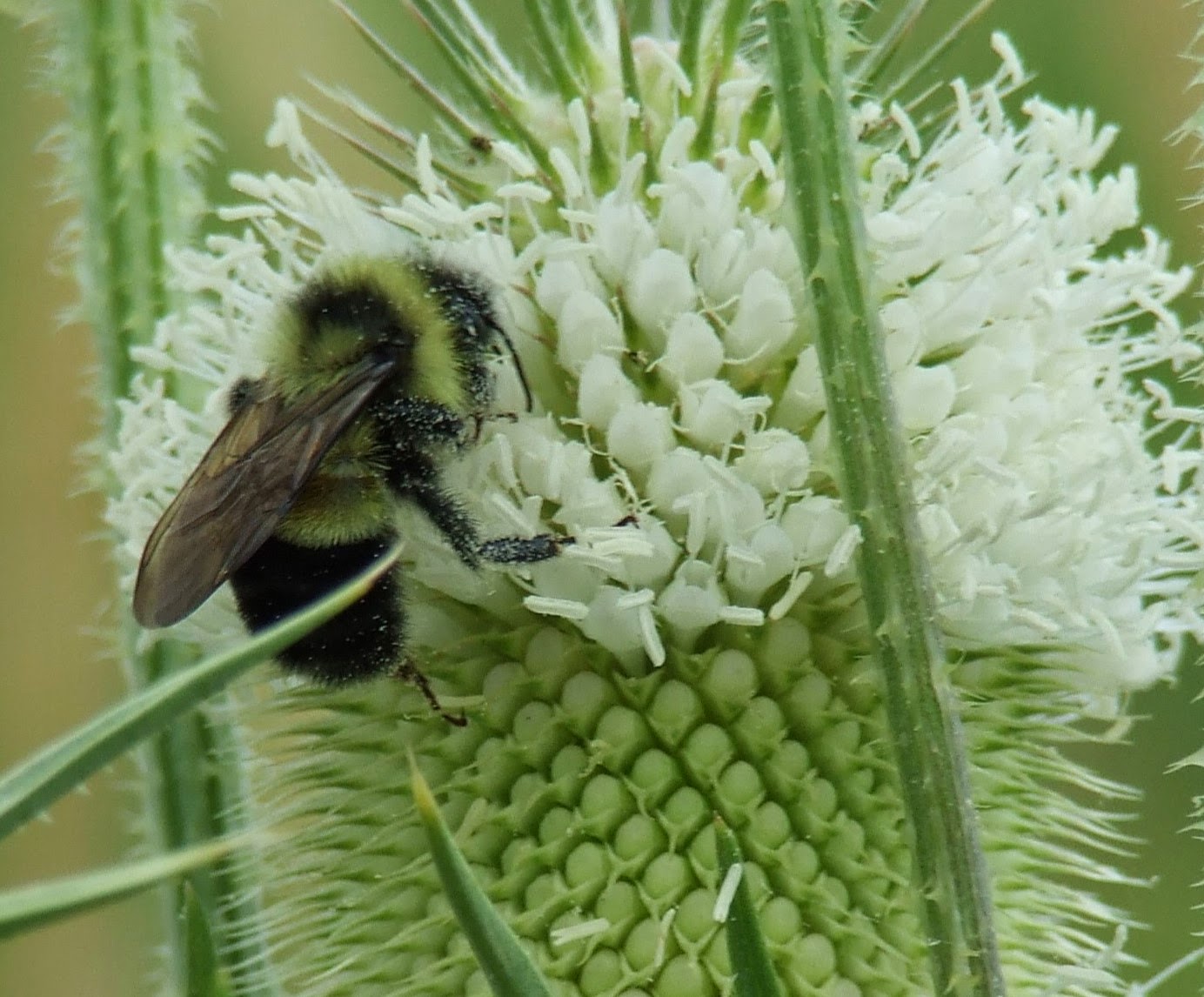 Jeanie Tomasko, the judge for the April, selected a haiku as the winning poem. Congratulations to Georgiann Foley!


Georgiann Foley is the owner of this poem. Please do not copy and distribute it without her permission.


In explaining her choice of this poem as the winner, Tomasko said, said, “I love the ambiguity/play of


and the idea that the common thistle is a purple heaven to a bee. It captures the hard to capture
haiku moment. And the beauty in the ordinary.”


Georgiann Foley enjoys sharing her poems at poetry slams and readings. Her work has appeared in Mobius, DuPage Arts Life, and Seeding the Snow. In March and April of 2015 her poem entitled "Timely Romance," matching one of the art pieces of Charles Huth, has been on exhibit at the Lemont Center for the Arts. She is a proponent for the spoken word and has encouraged that in her fifteen years of teaching children.

A bio for Jeanie Tomasko is found in the previous post, along with one of her bee poems.
Unfortunately, I didn't find a picture of a bee in purple heaven when I searched my albums. But the bees in these photos were probably happy where they were. 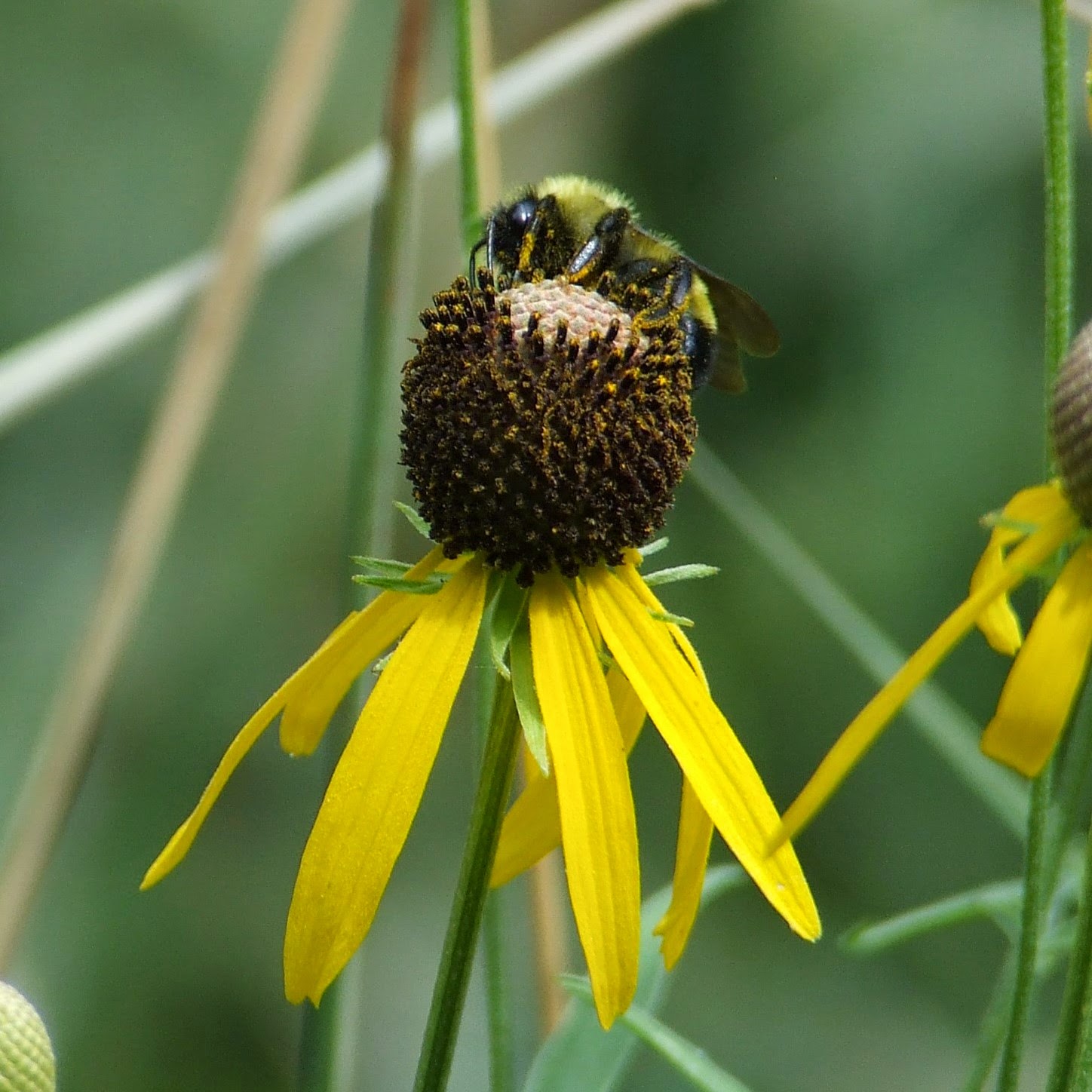 
Come back on May 1 to find out what the Poetry Challenge will be. 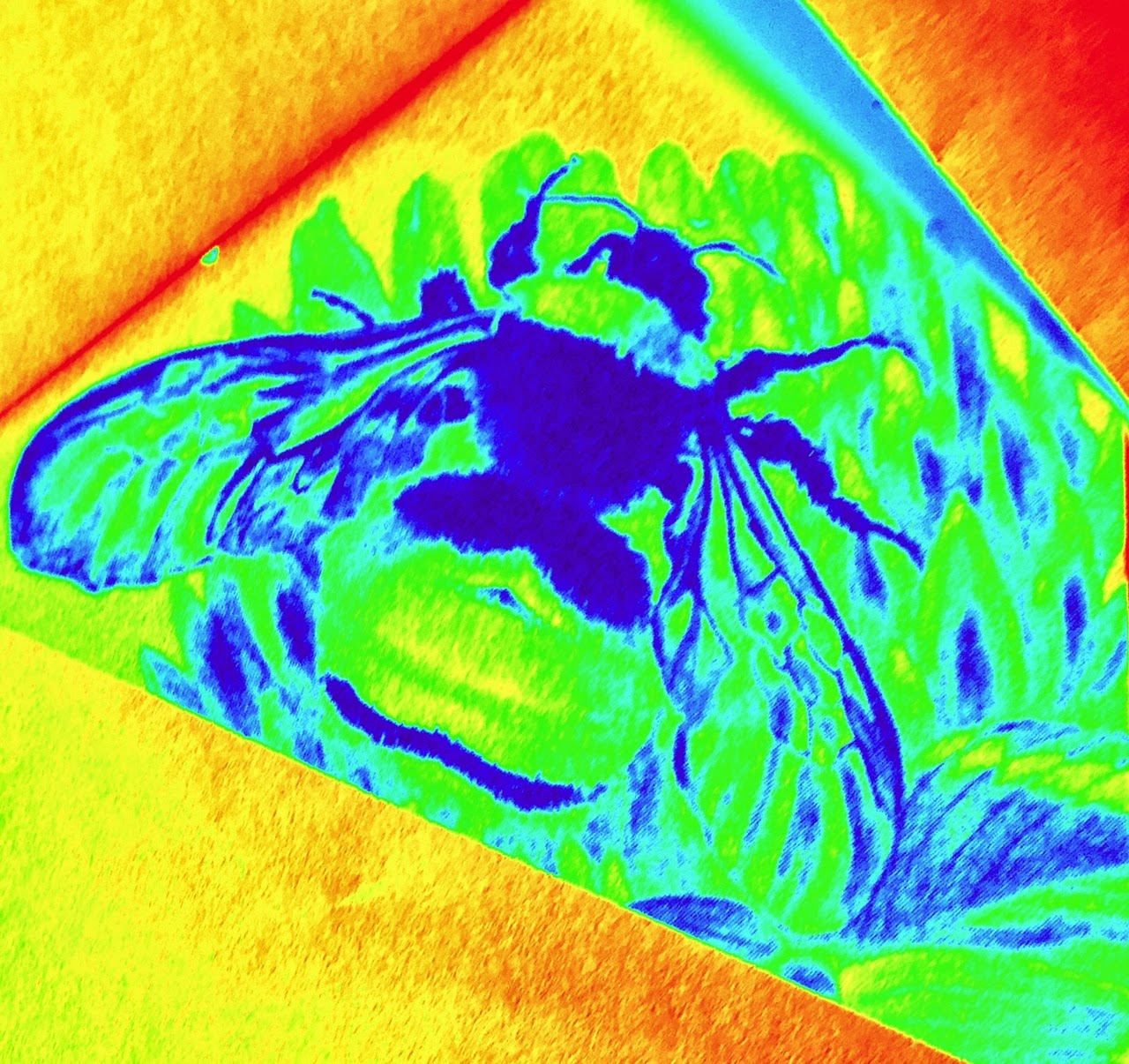 Emily Dickinson wrote a number of poems in which the bee appears. Here is one:

The PEDIGREE of honey
Does not concern the bee;
A clover, any time, to him
Is aristocracy.

Better known, perhaps is this one:

To make a prairie it takes a clover and one bee, —
One clover, and a bee,
And revery.
The revery alone will do
If bees are few.

There are many contemporary poems about bees. Bees buzz through Naomi Shihab Nye’s book of “poems and paragraphs,” Honeybee. Carol Ann Duffy, the poet laureate of Great Britain, has written a whole book of bee-related poems entitled The Bees. I will provide a list of bee poems at the bottom of the page – not a complete list, but a fairly long one.

Why so many bee poems? Bees, especially honeybees, are fascinating, productive, scary, and vital to the wellbeing of the planet, including human beings. And they produce honey.

Here is a poem that combines some scientific knowledge with the poet’s feelings and thoughts.

in short refrains
of alleluias
to windy, white clover fields
to pink and proper rose gardens
gathering nectar in that careful needle
taking no time for self-pity, though
her life’s work, together
with that of eleven sisters
was the teaspoon of honey
I just stirred into my tea.

Sometimes she stops to walk
on my sunflowers,
her sturdy legs grow heavy
as she fills her pollen-baskets
with food for the bees back home,
but I like to think her stroll
on those upturned yellow faces
is more for the joy of making me wonder
what I know of happiness.

From Tricks of Light (A Parallel Press Chapbook; Madison, WI: Parallel Press, University of Wisconsin-Madison Libraries, 2011), p. 17. This poem will appear in If Bees Are Few: A Hive of Bee Poems, a new anthology edited by James Lenfestey, soon to be published by the University of Minnesota Press. Tomasko owns copyright to this poem. Please do not copy and distribute it without her permission.

Jeanie Tomasko is the author of Tricks of Light (Parallel Press), Sharp as Want (Little Eagle Press), a poetry / artworks collaboration with Sharon Auberle, an e-chapbook, If I Confess Before 5:00 (Right Hand Pointing) and most recently, (Prologue), the recipient of an Editor’s Choice award from Concrete Wolf Chapbook Series . Her work has been published in The Midwest Quarterly, Right Hand Pointing, Rattle, Wisconsin People and Ideas and Birdsthumb. She works as a home health nurse in Madison, WI and can be found online at jeanietomasko.com.

The poetry challenge for March, as I’m sure you have figured out by now, is to write a poem about bees. Your submission can be a memory poem, a lament for the decline of the bee population, a persona poem in the voice of a bee—use your creativity! The bee or bees in your poem can be any kind of bee. They can be literal or metaphoric. It can be free verse or formal. If formal, please mention the form in your email.

Submit only one poem. The deadline is April 17. Poems submitted after the April 17 deadline will not be considered. There is no charge to enter, so there are no monetary rewards; however winners are published on this blog. Please don’t stray far from “family-friendly” language. No simultaneous submissions, please. You will know before the month is over whether or not your poem will be published on this blog.

More poems in which bees play a significant role:

Leslie Alexis, “The Flower and the Bee,” http://www.poemhunter.com/poem/the-flower-and-the-bee/comments.asp.

Antonio Machado, “Anche Cuando Dormía” (Last Night as I Was Sleeping), translated by Robert Bly, http://www.goodreads.com/topic/show/208676-sept-12--last-night-as-i-was-sleeping---antonio-machado. See also some variant translations of part of this poem at http://vielmetti.typepad.com/vacuum/2011/12/anoche-cuando-dorm%C3%ADa-three-translations.html.

Osip Mandelstam, “Heaviness, tenderness. . . .,” translation by EugeneSerebryany, http://www.bu.edu/agni/poetry/print/2012/75-mandelstam-heaviness.html. A translation by A. S. Cline, with the title, “Sisters, Heaviness and Tenderness, you look the same,” is found at www.poetryintranslation.com/PITBcR/Russian/Mandelstam.htm#_Toc485874623.

William Butler Yeats, “The Stare’s Nest By My Window,” http://www.cse.unsw.com/~norman/CurrentAffairs/yeats.html.

May you spend some part of April in a “bee-loud glade.”